Mirzo Ulugbek Museum was erected in honor of the greatest scientist and statesman of the XV century, who made an invaluable contribution to the world of science. The museum building has great similarities with Ulugbek Madrasah. 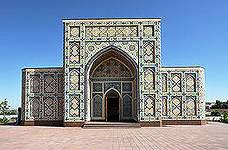