The 1st Scientific Expedition to the Central Asia of the Institute of Computer Science 05-06.2017

The first Scientific Expedition of the Lublin University of Technology to Central Asia 2017 was carried out by a team of employees of the Institute of Computer Science at the turn of May and June 2017. The organizers of this project were dr hab. Eng. Jerzy Montusiewicz, prof. PL and dr inż. Marek Miłosz. The team also included: Dr. Jacek Kęsik, Dr. Marcin Barszcz and Dr. Krzysztof Dziedzic.

The history of cooperation between the Institute of Computer Science of the Lublin University of Technology and the Scientific-Practical Museum-Laboratory of Samarkand State University (SamSU), represented by its director Rahim Kayumov, dates back to 2014. The rectors of both universities signed a cooperation agreement between the universities in 2015. In 2015-2017, joint scientific and research work was carried out using remote cooperation. The result was the publication of 5 articles in Spain, Kazakhstan and Poland. In May 2017, two people from SamSU visited the Lublin University of Technology. All these activities made it possible to prepare the trip of the 1st Scientific Expedition of the Institute of Computer Science to Central Asia. The expectations and logistical support of partners from Uzbekistan were known.

When leaving for Uzbekistan, the members of the expedition took with them two handheld 3D scanners working in the structured light technology, which also allowed for the registration of the texture of the scanned objects. Just like specialized laptops with very high computing power. The equipment comes from the Laboratory of Intelligent Systems Programming and 3D Computer Technology (Lab 3D) of the Institute of Computer Science. At the SamSU museum and the famous Afrasiab archaeological museum, scans of 55 objects were performed – the total volume of obtained data exceeded 75 GB. Additionally, scientific seminars were held at the SamSU University. During the expedition, interesting architectural monuments were also searched in Samarkand, Szabhizas and Tashkent, which would be related to the heritage of the “Silk Road”. The aim of the search was to find objects that can be digitized during subsequent expeditions. 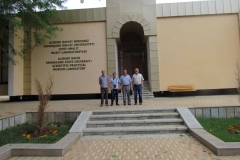 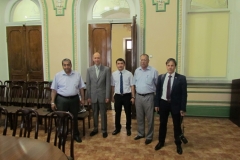 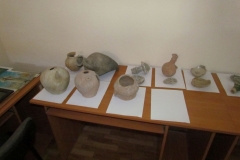 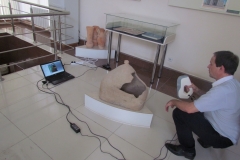 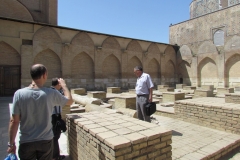 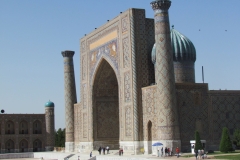 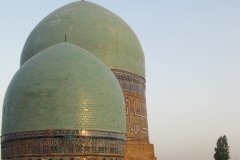 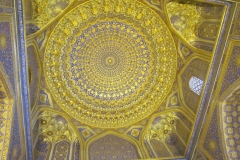 Multimedia presentation about the expedition